Our first few hours in Prague were quite the mess.  We were not able to check into our stay until 2pm and we had arrived at 8am, but our hosts were kind enough to meet us and store our luggage.  The only problem was that we had no wifi to contact them and had been a few minutes late.  After arriving to the meeting point they were nowhere to be found.  We found shelter and wifi in a nearby KFC, which became our home for the next three hours. After trying to get in contact for hours we decided to get breakfast and hope they would answer soon.  Finally we got in contact and were able to drop off our luggage so we could explore a little bit.  When we were able to check in we decided it was necessary to shower and nap before anything else.  After waking our first order of business was to find amazing food before the pub crawl we had planned.  We went to an amazing restaurant that was suggested to us and had some traditional Czech cuisine and drink. 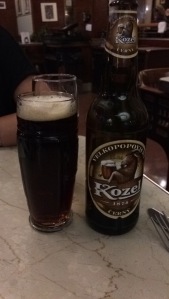 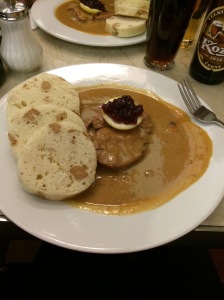 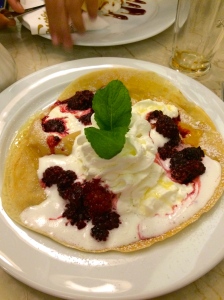 The next day we went on a tour of Prague.  Our meeting point for this tour was also in the middle of a market set up for Easter where we got some breakfast goodies!  Halfway through our tour it started to snow/rain/hail, which completely soaked through my Winter coat, making the rest of the tour miserably cold.  Thankfully this nasty weather didn’t last long and we were able to enjoy the rest of our day and some more Czech beer! 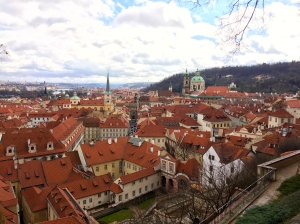 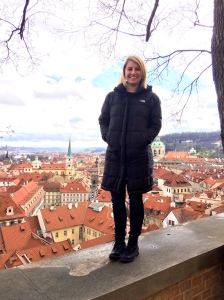 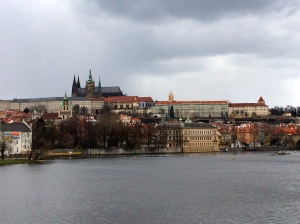 Next on the list was Berlin, we arrived by bus from Prague.  On the last leg of the bus neither Dylan nor I were feeling too well.  Our bus dropped us off at one am, and with our luck there was no wifi unless you bought it.  We could not remember what the name of our hotel was so we were desperate.  Dylan was contacting her parents, looking through her email, and bank statement, we still couldn’t find the reservation anywhere.  Thankfully the link was on the history in my computer and we finally were able to figure out where we were staying.  This was not before I got sick all over the bus station floor…awesome.  We both just couldn’t wait to get to the hotel so we opted for a cab and thankfully the ride wasn’t too long.  Once getting to the hotel we passed out and didn’t wake up until 1130 the next morning.  Our walking tour was supposed to be at 1030, but because we hadn’t been feeling well we decided to sleep a little longer and hit the 2pm tour.  Well we ended up not making that tour either..waking at 245pm. 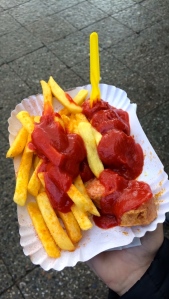 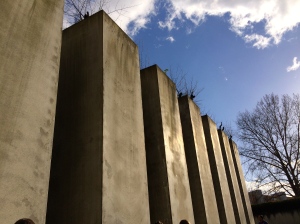 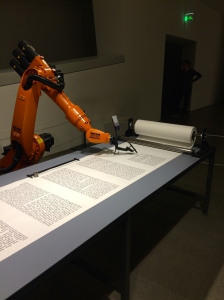 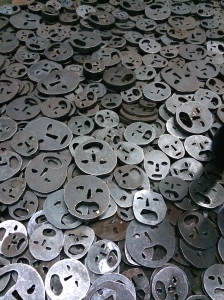 Although we missed our tour we were feeling refreshed and decided to get some currywurst and go to the Jewish history museum.  The food was absolutely amazing!  The museum was a little bit of a let down though.  Before coming to Berlin I was very excited to see and learn more about the Holocaust.  In High School one of my classes visited the holocaust museum and I was able to meet Elie Wiesel.  Instead the museum focused more on all Jewish history.  When first going through the museum I was disappointed, but after leaving I thought more about why the museum barely touched on the subject of the Holocaust.  I thought about how the Jewish religion has much more meaning to it than what happened during the Holocaust.  After I came to this realization I appreciated the museum experience much more.  After the museum we went to dinner at a Vietnamese restaurant that had the most amazing mango smoothies. 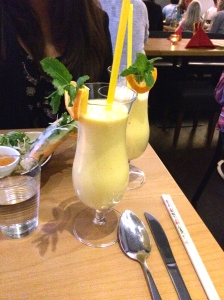 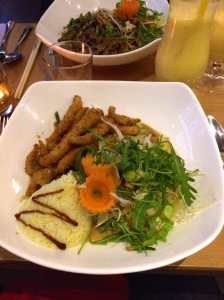 Following dinner we went to the meeting place for our pub crawl.  We were expecting it to be very similar to the great pub crawl we went on in Prague.  To our surprise the age group was very different, in Prague everyone was in college and studying abroad, but in Berlin I’m pretty sure we were the youngest people and the oldest was a grandpa…Dylan and I knew from the get go it would be an interesting night.  The next morning we woke up with slight headaches from having a little too many beers at our pub crawl.  We finally got ourselves out of bed to go sight see and get some sushi that we had been craving.  Although we only got to see the main sites at night I’m still glad we saw some of the important monuments in Berlin.  This just means someday I will need to go back to Berlin to see a little more than the inside of my hotel room.  Hopefully I will get the opportunity! 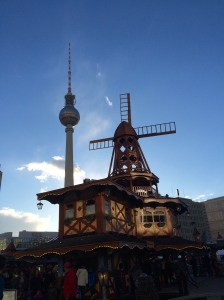 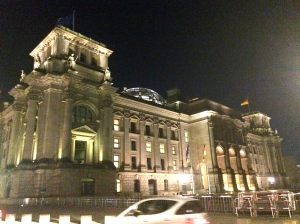 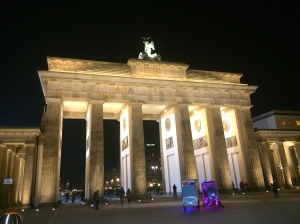